Amethyst Currency, is a global currency and RPG bot that will add many new unseen game and economy commands to your server in order to increase server engagement.

Amethyst Currency is a global economy bot that brings many new unseen features to a currency bot.

Those concepts redefine the meaning of economy while still maintaining what everyone loves about economy and RPG bots.

Join your friends by making and raiding alliances. Spy on your friends and enemies to determine their location to secretly steal their coins... Search around you for land to claim and then collect goods from what you found! And then, hide your coins in your secret cache so that no one will bother stealing your fortune...

This new economy bot brings many new features, just as listed above, here are essential commands to know while using Amethyst Currency: 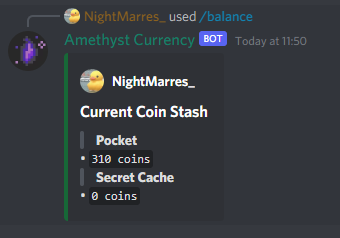 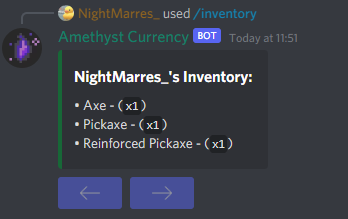 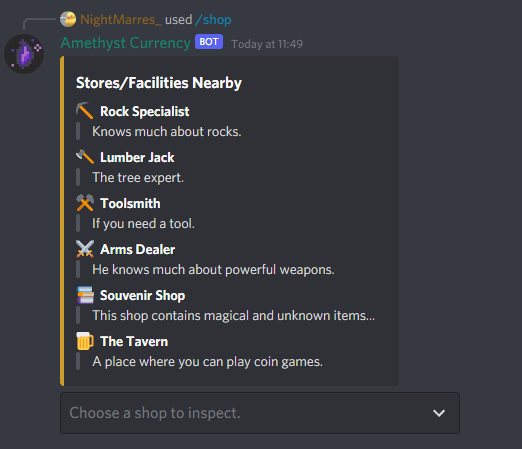 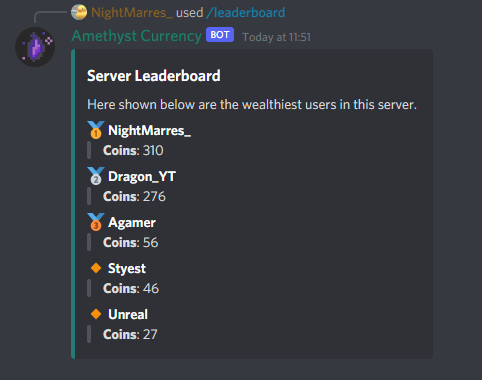 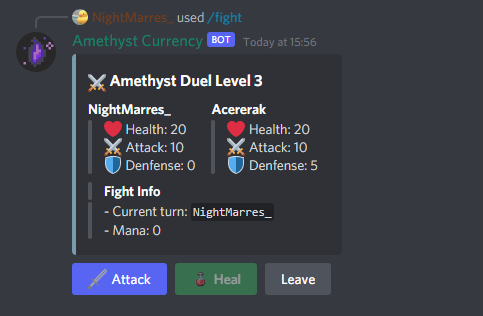 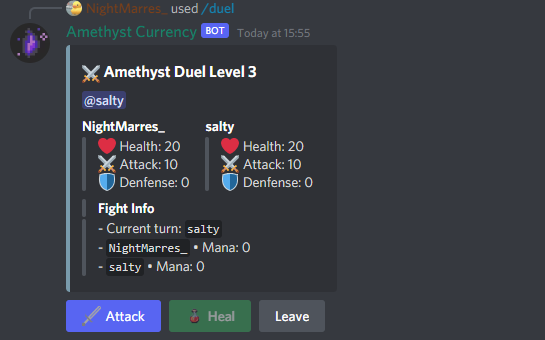 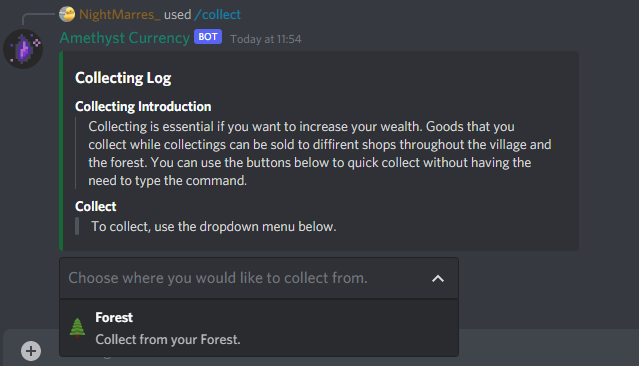 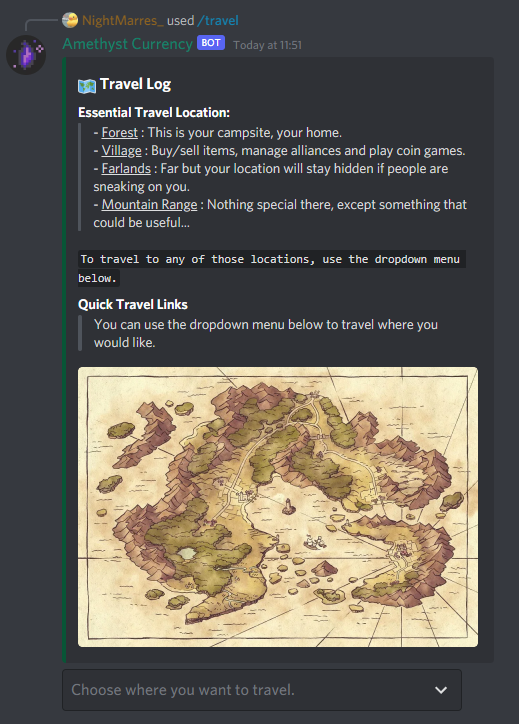 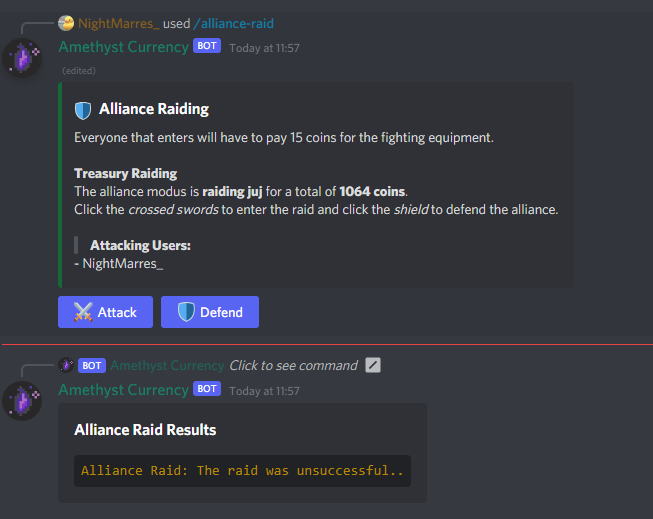 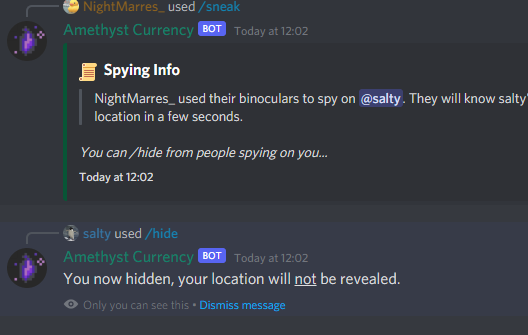 Quests are up to you to find out...

Amethyst Currency even has Tavern games (coin games) and again, much more.